On January 17, 2001 (the day before George Bush’s inauguration) the S&P 500 closed at 1329.47, this past Friday (the day before Barack Obama’s inauguration) the S&P closed at 850.12. During Bush’s 8 year Presidency, the S&P lost 479.35 points or 36.05% If the legacy of a President is judged by the performance of the markets, the Bush administration was a complete failure. More important than how the market performed is how did YOU perform during that time. There is a lot of hope that a new administration will bring new policies which can help turn the market, but the only thing that can cure a bear market is TIME. Focus on price action and until the longer term (weekly) timeframes turn higher all rallies remain GUILTY UNTIL PROVEN INNOCENT! 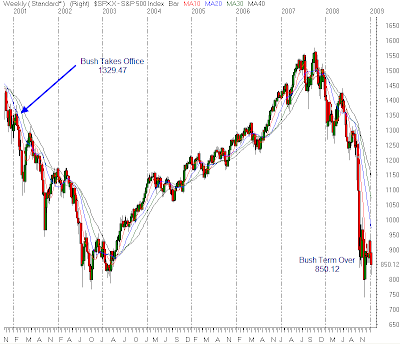 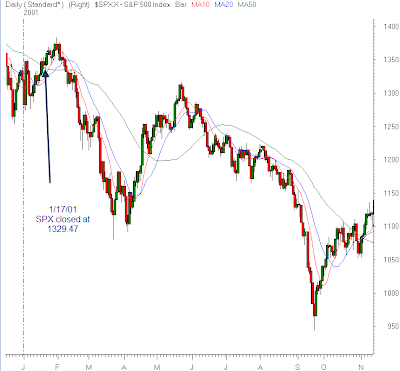