is the latest tech disaster. This story came from
REUTERS, but the chart below tells the real story. The stock closed the regular trading session at 83.00

Analysts were on average were expecting VMware to report fourth-quarter revenue of $417 million and earnings excluding special items, such as stock-based compensation expense and amortization, of 24 cents per share. 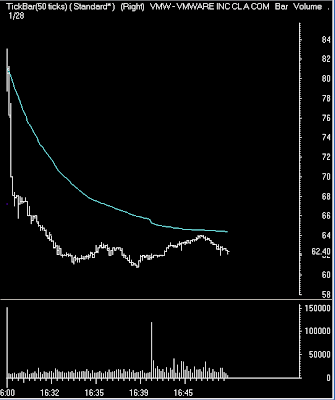