Before we look at a few new ideas for Monday I wanted to update some previously mentioned stocks.

ALTI-continues to hold up well, stop should be at 3.82. Current quarter arnings have been reported.

CPST– also acts well, buyers took back control on Thursday and the stop should now be just below 4.00. Clearing short term resitance near 4.25 could get this stock moving nicely to the upside. Current quarter earnings have been reported.

CTLM– hopefully you didn’t pay up for it too much Thursday morning, stop should be near 4.16. Earnings due 4/26.

ZP– I sold a part of my small position as it traded below 2.00 on Thursday but held onto some in hopes that the NY Auto show will generate interest in the stock. The stock has to clear short term resistance at 2.20 to really get moving again. 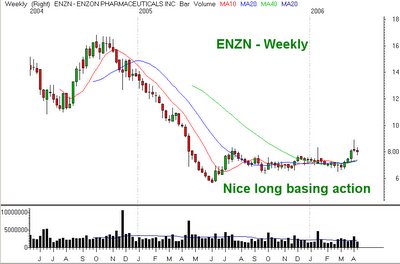 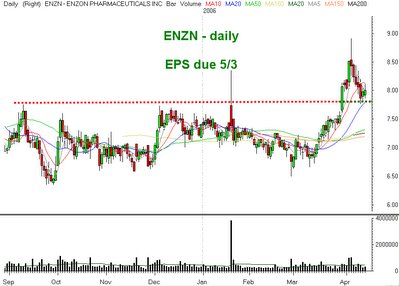 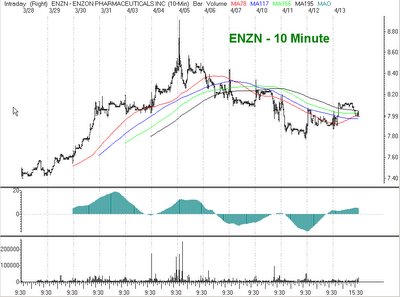 Shares of ENZN have broken past a longer level of consolidation and appear to be entering a meaningful uptrend on the weekly timeframe. The daily chart shows how the prior resistance near 7.75 is acting as support on the recent low volume pullback. The 10 minute chart shows the stock clearing the 5 day MA on Thursday followed by some late day profit taking. You can either buy the stock here with a stop under the recent low of 7.76 or wait for momentum to rebuild an purchase strength above Thursdays high of 8.12, in which case you could use a more aggressive stop near 7.95. 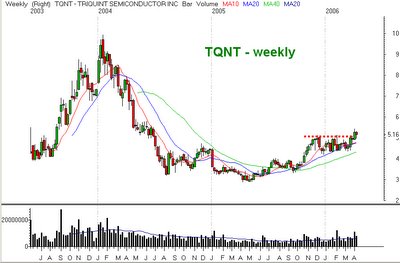 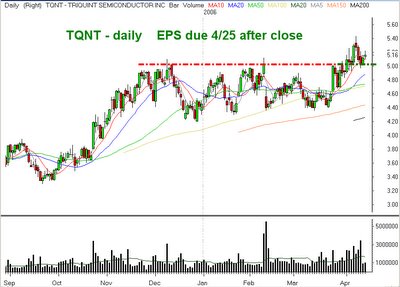 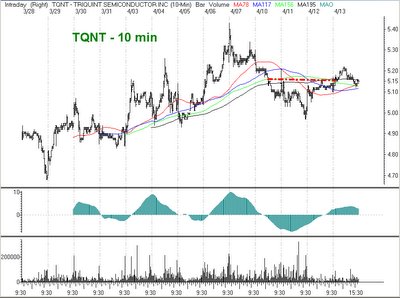 TQNT Is very similar to ENZN. The stock recently broke past a longer term consolidation area on the weekly timeframe and has since pulled back to the breakout area. The 10 minute chart shows some support just under 5 which is hwere stops should be placed.