On Jan. 20, leading solar stock First Solar ($FSLR) closed at $38.45. The day before, a powerful flare erupted from the sun which unleashed a powerful wave of plasma toward Earth. The eruption, a coronal mass ejection, supercharged the northern lights so they could be seen in southern latitudes well beyond the normal viewing areas.

One week later, as the solar energy dissipated into the Earth’s atmosphere, FSLR closed the week at $45.54, up 18.4% from the time of the sun storm. First Solar wasn’t the only solar stock to experience a large move higher that week. In fact, several of the smaller, more speculative stocks in the solar “space” (solar space, get it?) have seen even larger percentage gains.

It is hard to believe that the timing of the solar flares and movement in the stock prices is anything other than coincidence, but after the large selloffs in solar stocks over the last several years (the solar stock Exchange Traded Fund- $TAN is down nearly 90% from its 2008 highs) there appears to be further upside opportunity ahead in this volatile group.

If there is any link between the stormy action on the sun and the price movement of the stocks, it is good to know that the sun is near the end of an eleven-year weather cycle which is expected to peak in 2013, so there will likely be more opportunities for Earth dwellers to trade the stocks from the long side during the day and marvel at the atmospheric disruptions at night.

Continue reading the rest of the story along with STOCK IDEAS in the solar group. 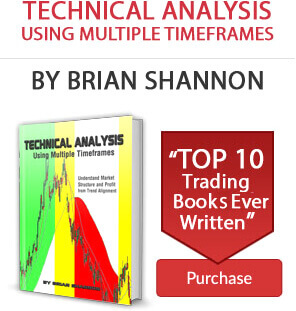