Dow Jones October 1929
Over a 23 day period, the Dow lost 49% of its value, but that was just the start of the bear market during which the Dow would eventually lose 89% of its value (386.10 to 40.56). How many people do you think called the October 1929 low of 195 “the bottom” only to get decimated by the continued weakness over the next 3 years? We remain in a bear market and ALL rallies should be treated as guilty until proven innocent, meaning you need to maintain a super strong defense. Do not be too quick to call Friday’s low “the bottom”, there are serious flaws in our economic system and a lot of closets with ugly contents are still being opened. 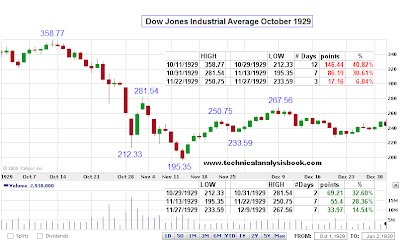 Dow Jones 1929-1933
Notice how insignificant October 1929 becomes when viewed on a larger timeframe. 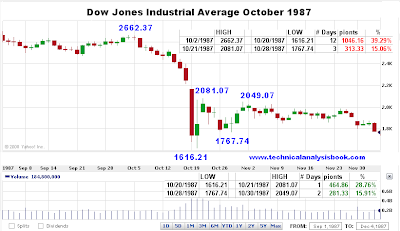 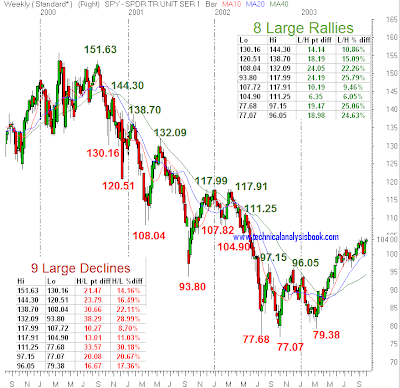 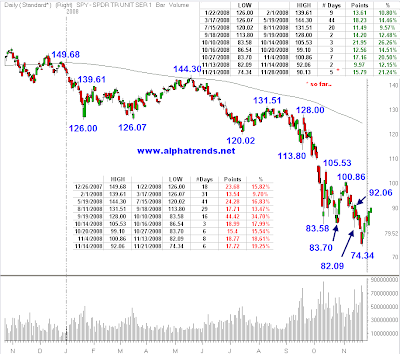