USO found support along the rising trendline and, like any other technical tool, the more times it is tested, the weaker it becomes. This is also the fourth test of the trendline which is often the one which proves fatal to the trend. I would not suggest selling USO short, but I would be more careful with oil longs. If the trendline were to break it would not necessarily indicate a reversal, instead it only suggests a slowing of momentum until we see a pattern of lower highs and higher lows. 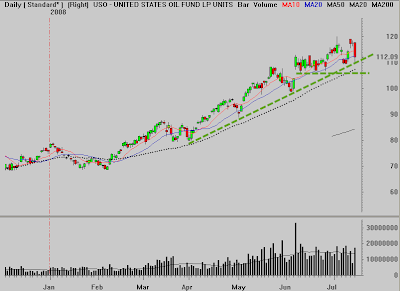