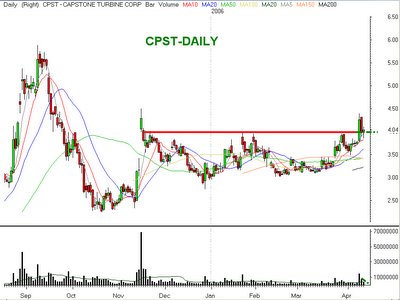 The daily chart of CPST shows a very healthy stock which experienced a low volume pullback to a prior level of resistance. 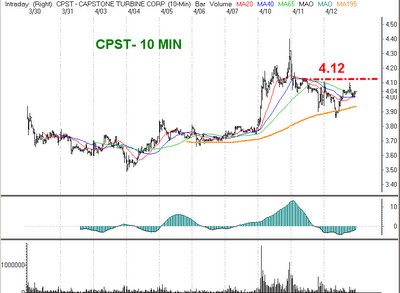 Drilling down to the 10 minute timeframe of the last 10 days we can see that buyers regain control of the upward momentum as the stock can clear short term resistance at 4.12. 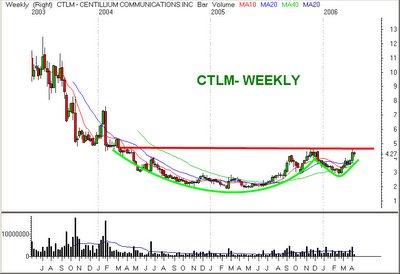 The weekly chart of the last three years for Centillum Communications (CTLM) shows a nice longer term basing pattern which resembles a cup and handle. A move above the resistance at 4.70 would have long term bullish implications. 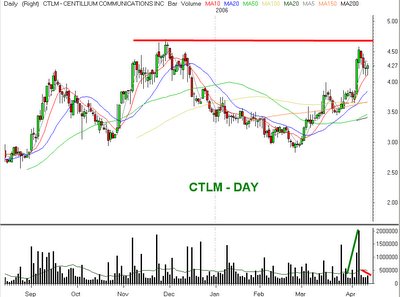 The daily chart of CTLM shows buyers getting more aggressive with the recent high volume push followed by a low volume consolidation. A swing trader could look for a move up to the 4.70 level initially and then hopefully transition the trade into a longer term hold. 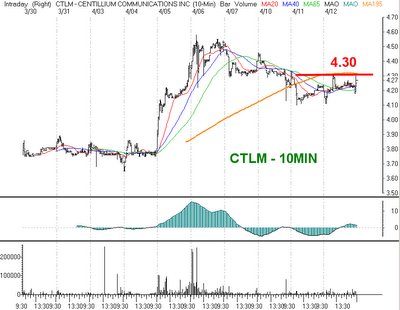 Buyers regain control of CTLM as it moves past short term resistance at 4.30. 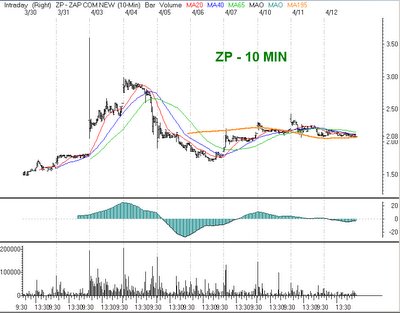 I own a small postition in ZP and agree with the person who left a comment in yesterday’s post about a stop at 1.95. I plan on adding to this stock as it gains momentum and trades at or above 2.25. This is a speculative play on a short term catalyst potentially coming from media exposure stemming from the NY Auto Show.

Besure to do your own research on these ideas, escpecially during earning season!

**Check back later for more ideas**