The market is in a downtrend. It should be considered “guilty until proven innocent”. But our analysis cannot be closed to the potential of a turnaround. Looking at the market one sidedly catches most people off guard because they do not see the potential for a reversal. This is not a market call, just some information that may help you understand the current trading environment better. Right now in the SP500, the 200 day MA is advancing, just as it was in 2005 and 2006 when bottomed out near that key longer term moving average. Right now the SPY is finding resistance at the declining 50 day MA, just as it did in 2005 and 2006 just before making a higher low. The higher lows (preceding the break of the H&S neckline) in 2005 and 2006 came on lighter volume than the previous low, this may be occuring now.

Again, the trend is lower. Anyone can see that. In order to make money we cannot just be observers of what has already happened, we have to be able to ANTICIPATE potential future scenarios so we are prepared to go which ever way the market dictates. 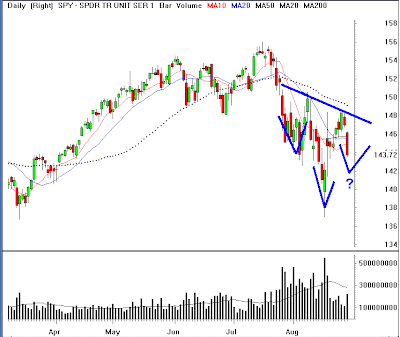 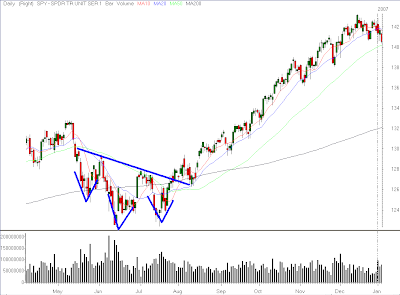 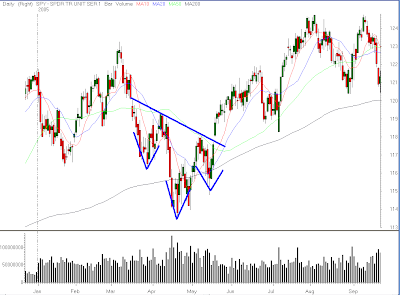